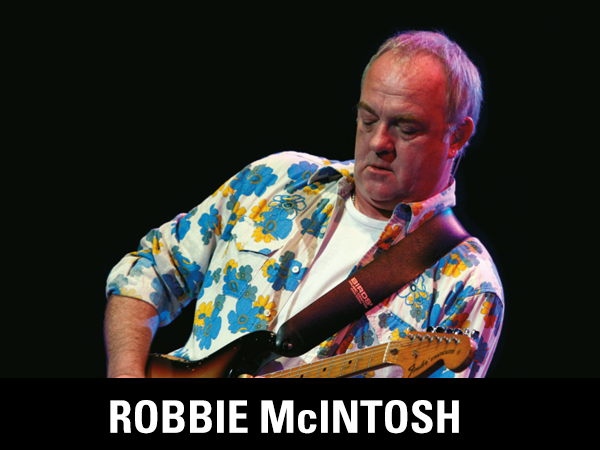 Robbie McIntosh is joining the All Star Band.

Robbie McIntosh has legendary status among his fellow musicians. His career to date includes spells as guitarist with Sir Paul McCartney, Sir Tom Jones, John Mayer, and Norah Jones. Robbie has played many of the world’s top festivals and venues. Among his numerous TV and radio appearances, Robbie was with Sir Tom Jones on Jools Holland’s Hootenanny BBC TV show on New Year’s Eve 2015. As a long-term member of The Pretenders,  Robbie played at Live Aid in 1985 and on their top-10 UK hit, Don’t Get Me Wrong.