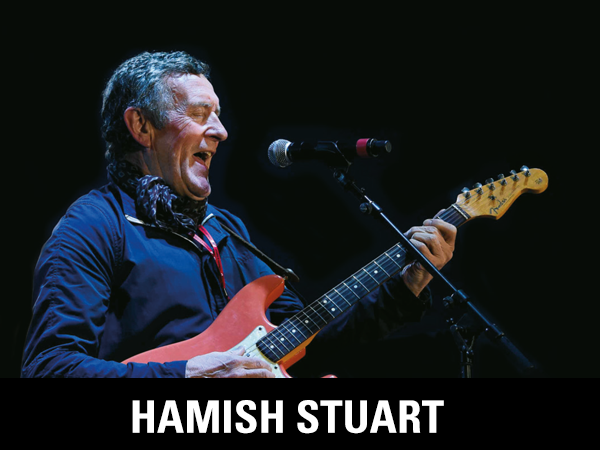 Joining the All Star Band is Hamish Stuart.

A member of Average White Band  from 1972 to 1982, Hamish went on to work with Aretha Franklin, Chaka Khan and David Sanborn. He wrote Atlantic Starr’s 1986 hit “If Your Heart Isn’t in It” and songs for Smokey Robinson, Jeffrey Osborne, George Benson and Diana Ross.