Opening the main stage in 2015 will be ANIMALS AND FRIENDS

‘House of The Rising Sun’… ‘We Gotta Get Out Of This Place’….’Don’t Let Me Be Misunderstood’ and ‘Boom Boom’ (as featured in the James Bond movie, ‘Skyfall’).

In 1964 a wave of new energetic rock and roll swept over the youth of the world. On the crest of this wave was The Beatles, The Rolling Stones and of course The Animals. From the banks of the River Tyne came the North East’s offering; a brand of rhythm n blues that the whole world seemed to grasp greedily. 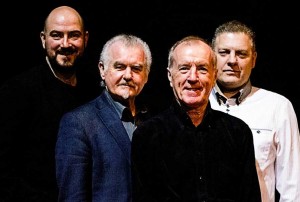 Featuring from the original Animals –

“The Animals earned their name thanks to their wild stage act. That was 50 years ago and they have calmed down since, but their music has lost none of its vigour”. (ANIMALS & FRIENDS review – Wales Online)