Previous Next
NELLIE BELL– new for the Sennheiser Evolution Stage

Performing on the Sennheiser Evolution Stage 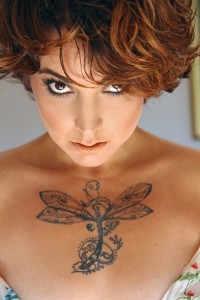 Nellie Bell is an extraordinary new artist who already has several artistic lives. Nellie is a singer, songwriter, musician and producer with a powerful voice and an array of exquisitely wrought personal songs with huge crossover appeal. Her potential is vast and the range of her material is spellbinding, with the fluidity of jazz, the immediacy of pop and the pure emotion of soul. Just think of her as the female Bruno Mars or Alicia Keys, Imogen Heap and Nora Jones in one body.

She doesn’t just have some incredible songs. She also has an incredible story. It is the story of a young woman who has reached giddy heights and plummeted so low she was forced to make fundamental changes to her personality, even her identity.

She was born Natalie Gauci and grew up in a house in Melbourne, Australia, with her Maltese father, a hairdresser, Italian mother.

Natalie reached fame and success, but it wasn’t enough, she wanted to be in the game under her own rules. She quitted, disappeared, moved away, and like a dragonfly emerging from the pond, re-born as Nellie.