Previous Next
2015 line up news 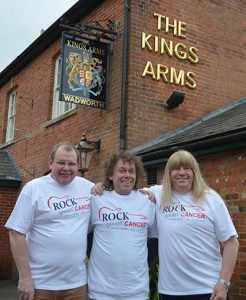 After returning from South America with PM for the last time this year.

I would like to announce that under huge demand that we have been approached by a large amount of Artists this year and we have been requested to put together another, ALL STAR Band again. We have been in talks with some major musicians over the past 6 months and have finally come up with the most amazing band to back some huge artists.

As in the first two years we have had Brian May, Roger Taylor, Jeff Beck to mention just a few. For those that attended those first shows when we started putting this fund raising concert together you were not disappointed by the major artists that have already very kindly support us.

We are very close to announcing the main line up for 2015 and with this addition of this All Star Band, you will not be disappointed, I can assure you. As with any major charity concert, releasing the main Artists is very difficult and if the names are released too soon the tickets and policing of this event could become a huge problem so some things must remain confidential and please bear with us on this one.

We are generally waiting for contracts to pass through the doors and then we will be releasing the first 4 acts to make your day once again the most memorable day out in Wiltshire.

It has always been a challenge to surpass the artist’s from the last 3 concerts. Richard and myself are so longing for you to experience the next one so please join us as news will be flooding in over the next few weeks

Thanks again. See you soon. JUST BE THERE. For one night only. This will be a ONE OFF Show.