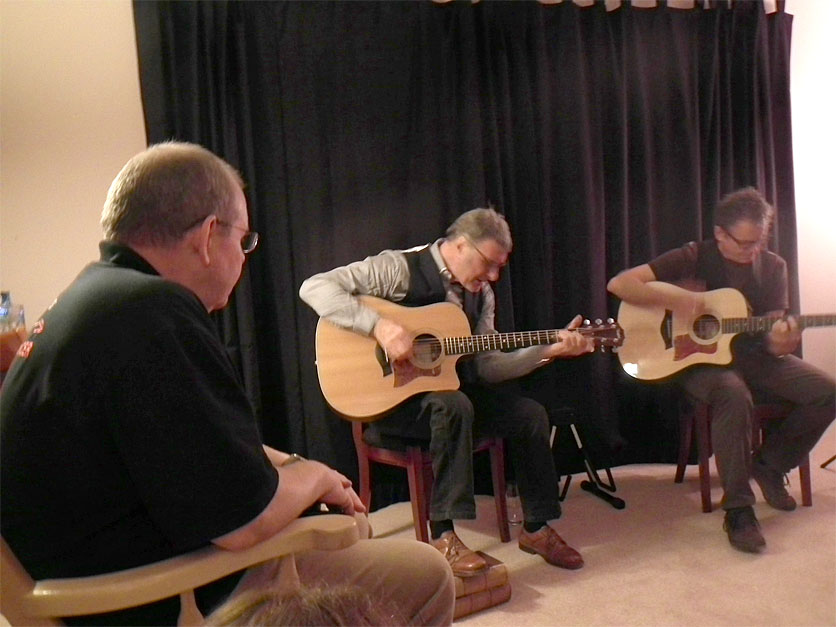 If you were at this year’s Concert at the Kings you’ll remember the spontaneous and very generous offer Steve made to auction his Taylor guitar and donate the the proceeds to charity. On the spur of the moment Steve also offered to deliver it in person AND play a gig in the winner’s home.

The guitar made an incredible £10,000 and in October Steve delivered both the guitar and his promise to a lucky few in a small Wiltshire village.

Thanks so much again from all of us, Steve.