A welcome return to All Cannings for Dan Chisholm

Previous Next
A welcome return to All Cannings for Dan Chisholm 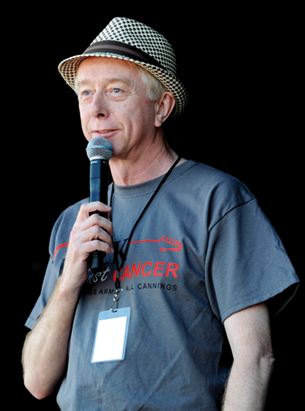 A 36- year career has taken Dan from local radio to BBC Radio Two and BBC TV. He’s interviewed some of the biggest names in music, showbiz and politics.

It’s poignant that Dan returns as compere for a third time – he didn’t tell the audience last year that he was about to undergo major surgery for throat and neck cancer two days later.

Inspired by his work in a South African township in 2011/2 where 85% of the population is affected by HIV or AIDS, he hopes to teach radio skills in war-torn South Sudan later this year.

As Dan says, “Given my last twelve months, what’s the worst that can happen?”